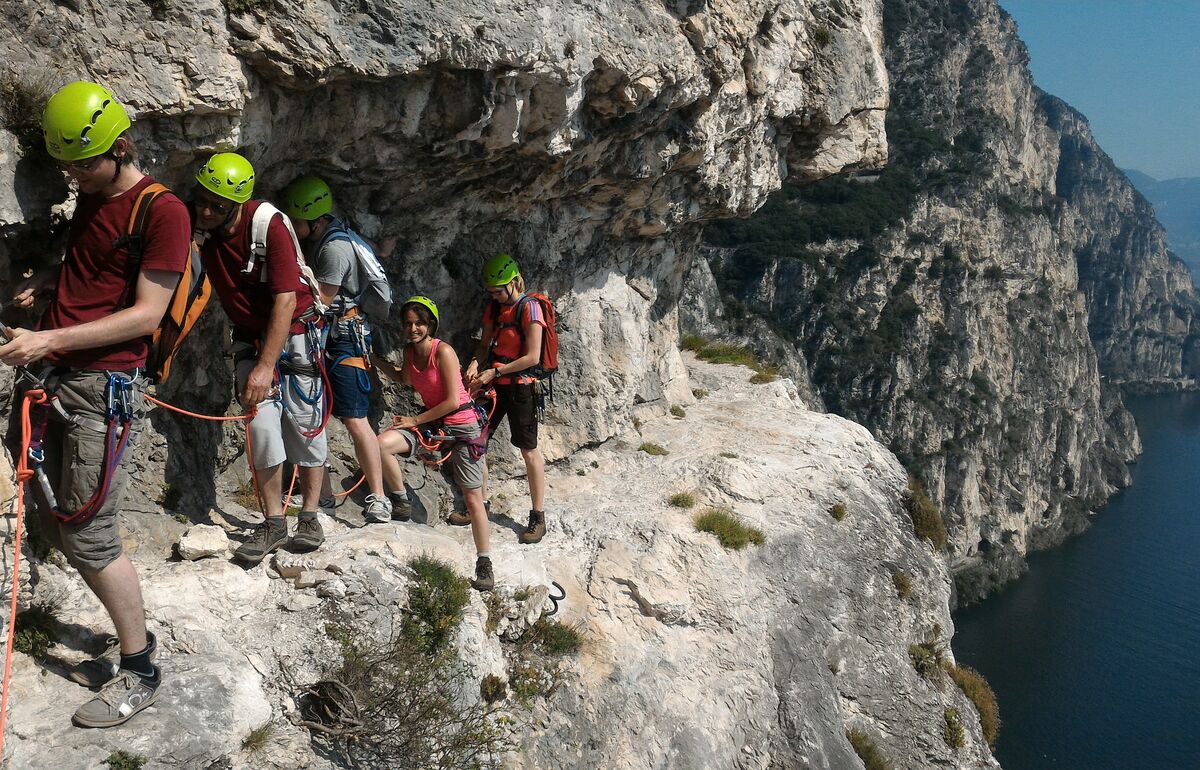 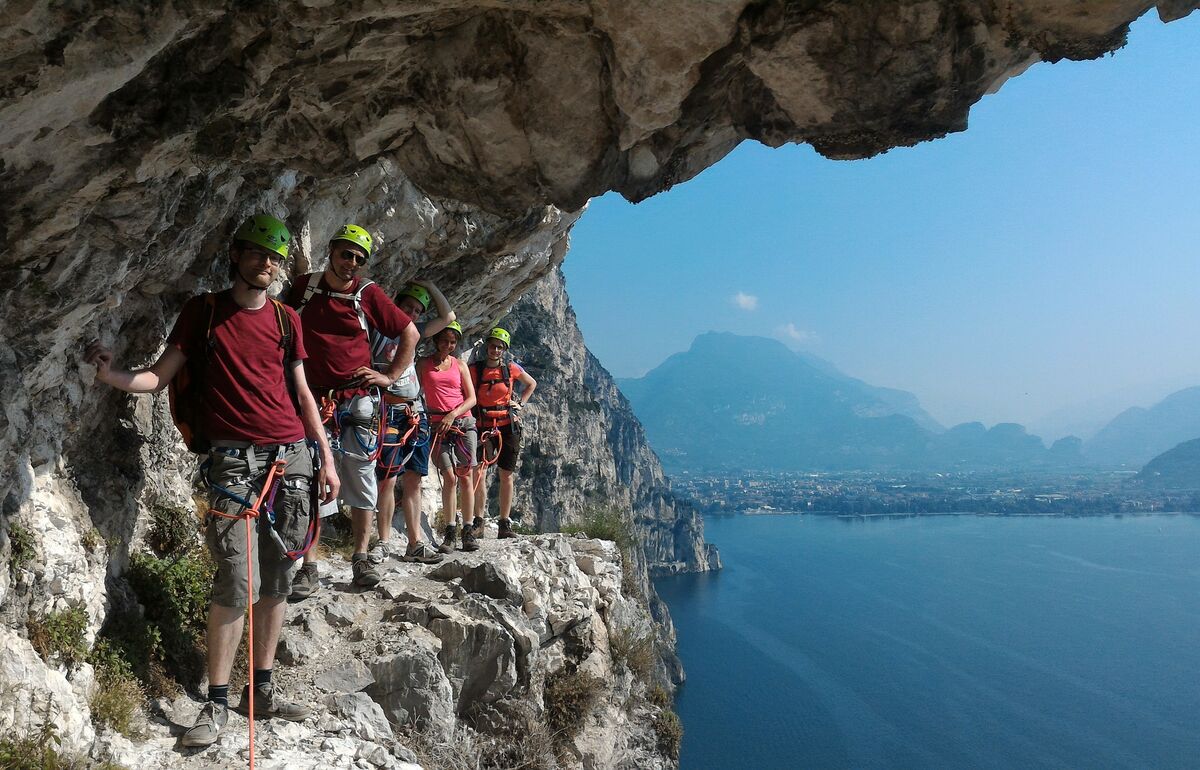 The Tracciolino is a combined via ferrata and easy climb, a real adventure crossing a sheer rock face!

In a uniquely exposed situation straight above Lago di Garda, it provides a stunning panorama.

The route follows a ledge cutting through the middle of a rock face, once used for smuggling raw materials. As you move along roped together with your guide, the rock face soars up vertically on one side, and on the other drops straight down to the glistening lake far below.

The route has an alternation of difficult sections protected with steel cables, and others where you can walk along this legendary leg.

The Tracciolino, also known as the Cengia dei Contrabbandieri or Smugglers’ Ledge, is dedicated to Massimiliano Torti, a mountaineer and member of the Riva del Garda Alpine Club who died tragically on Mont Blanc.
It is a fabulous route with breath-taking views that gives the impression of being suspended directly above Lake Garda.
Its long history began during the rule of the Austro-Hungarian Empire when a narrow track was developed as the basis for a planned futuristic road that would connect Riva del Garda with Limone sul Garda. The project was abandoned after the outbreak of the First World War. During the conflict it was used by smugglers to transport contraband goods between the states of Italy and Austria. It was rediscovered in the middle of the 1980s by mountaineers from Riva Del Garda and dedicated to Massimiliano Torti in 2000. Many people consider it one of the best outdoor activity adventures during their holidays in Trentino.

The thousands of people who have completed this route agree that the form of progression as a MOUNTAINEERING PATH greatly enhances the experience of the Tracciolino. The VALLE DI LEDRO TRENTINOCLIMB Alpine Guides organize EXCURSIONS on multiple days of the week throughout the year. Call our office for information and bookings. 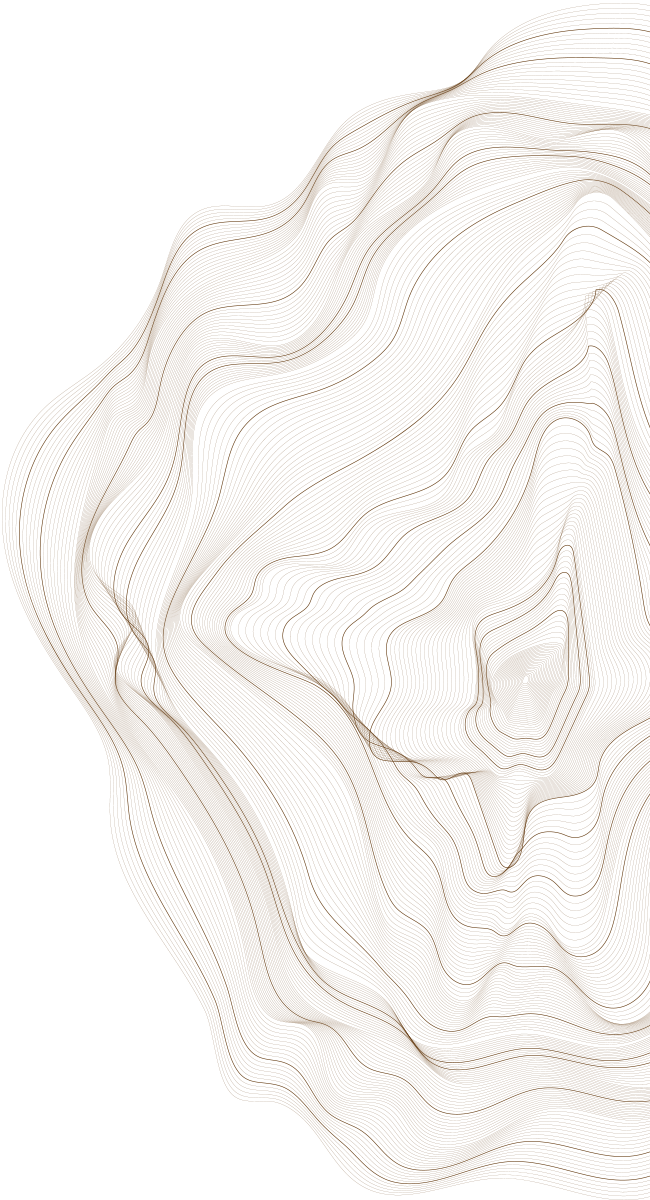 This is a first step into the vertical world! It could lead on to the famous via ferratas of the Brenta Group, UNESCO World Heritage Site, or an outdoor rock climbing course on one of the many certified sport crags of the DOLOMITI GARDA OUTDOOR PARK.

HOW TO BOOK MY TOUR

Reservations must be made in advance by telephone agreement

The office will then send you a notification with the booking confirmation: reserved seats, day and time 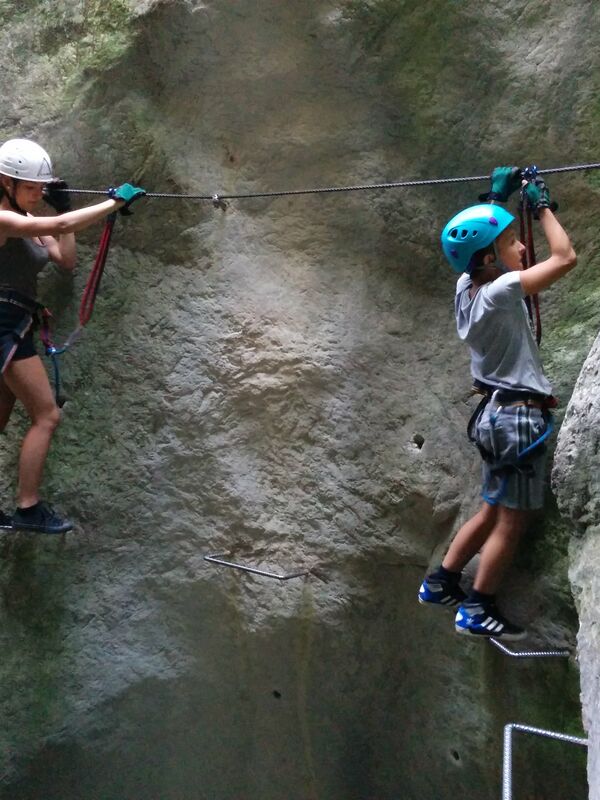 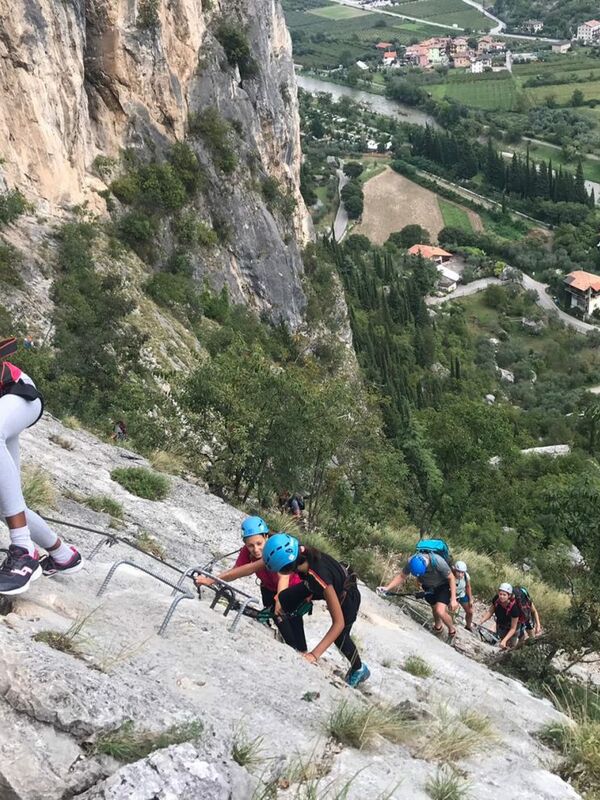 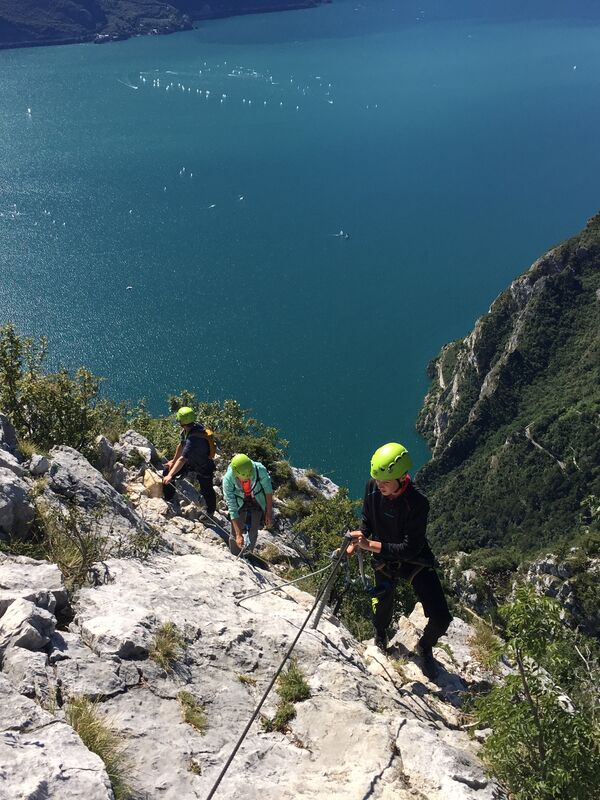